I have been wearing corrective lenses, glasses or contacts, for 42 years.  At two years old I rocked the huge coke bottle glasses that had to be held on with a strap because I was too little to keep them on.  As a teen, technology had evolved just far enough so that my lenses could be half the thickness, and not magnifying the size of my eyes when you looked at me.  Remember the huge owl eyes that people had with those thick glasses?  Yeah, sigh, I do.

At 21 years old I was amazed when my eye doctor finally said that they made contacts for people who had vision as horrible as mine.  Astigmatism, far sighted…… It was glorious.  The weight of the glasses off of my nose and face was worth dealing with dry eyes, shifting lenses, trying to find them to put them in….  So worth it after 19 years of glasses. 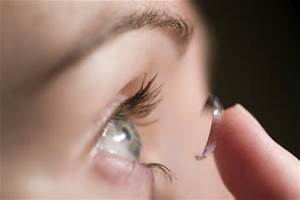 Then 6 or 7 years later LASIK was offered to the four eyed masses.  How exciting, right?  Wrong.  The first LASIK doctor I went to said that the technology of the day was not good enough, developed enough, to correct my horrible vision or astigmatism.  I was crushed, but just like I waited for contacts, I would wait for LASIK to catch up with me.

I had LASIK performed with a 20/20 guarantee on one eye, and no guarantee on the other.  I always knew one eye was better than the other, so this made sense to me.  I was in and out in an hour, driving myself back in the doctors office 24 hours later for a check up, and happy to announce to anyone who would listen that I now had SUPER HD VISION!!!  I swear I could pick out and focus on a blade of grass 100 feet away.  I just knew that this is what Superman felt like.  It was the most amazing thing that had ever happened to me in my life.  I was finally free.

Then 7-8 months later I couldn’t see that blade of grass anymore, so I went back in and did the whole process again.  A touch-up they called it.  No guarantee on one of my eyes, remember?  Well, LASKIK 2.0 lasted for about another year, year and a half tops.  I knew it was degrading, but to my surprise I didn’t know how bad until I went in to renew my driver’s license and failed the eye test at the desk.  Hello eye doctor, hello glasses…… again. 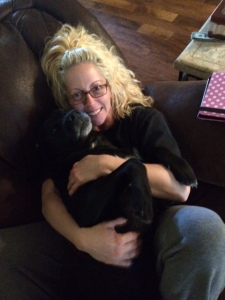 I was one of the 45% who had a side effect.  Halo’s of light around light sources (street lamps, traffic lights, outdoor signs,  and especially headlights) when I was in the dark.  I was also part of the 12% who went in for a second surgery, and the 59% that do not have any regrets.  Well, other than it only worked for me for about 2 years.  $5,000 is a lot of money to only last me 2 years.  That brings me to today.

I’m going back in my friends.  I have to try again, right?  The allure of getting rid of these glasses forever is just too strong.

UPDATE:  Just back from the South Texas Eye Institute where I spent 2 wonderful hours being tested by multiple machines, and seen by the awesome Dr. Lisa Marten, MD.  Apparently it’s not advisable to have a 3rd LASIK surgery, but I still have options.  One option being Crystalens.  Crystalens is a permanent replacement lens that you normally think of for patients with cataracts.  These lenses would be surgically implanted into my eyes, think permanent contacts.  While I do not have cataracts, I do meet enough criteria that this may be a workable solution.   For now I have a lot of research to do, another appointment to go to, and an insurance company to deal with.  More details to come.

Have any questions let me know.

Published by House Cat In Paradise

I'm a House Cat, and I live in my own personal paradise. Grab a cup of coffee, and let's hang out for a bit..... View all posts by House Cat In Paradise